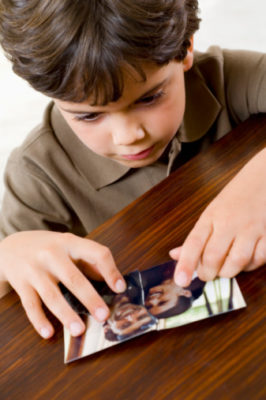 New York Attorney: What is Child Custody?
There are two general categories of Custody, Physical and Legal Custody.
The parent granted physical custody is the parent that the child shall live with. The parent that is granted legal custody is the one that makes all of the major decisions on behalf of the child.
Parents that are granted Joint legal custody by the Court are expected to agree on the major decisions concerning the child and make these decisions together. This is a shared responsibility regardless of which parent the child lives with.

New York Child Custody: What is Joint Physical Custody?
A Court, in most cases, will not grant joint physical custody. The parent that spends the most time with the child shall have physical custody and the other parent shall have Visitation (or “Parenting Time”).

Do I need to file for Child Custody in a New York Court?
The decision to open a child custody case in a NY Family Court (or maybe in Supreme Court if Mom and Dad are married) is one that should really be thought about. Working out issues of Custody and or Visitation without court intervention is always a good idea if possible. The Court process can be very uncertain and having a “Stranger in a Black Robe” deciding the fate of your child can be scary for most parents. The Judge will look at many things to make the determination of who will get Custody of the child. The decision should not be based on who has more money or the sex of the mother or father. The Judge will look at what he or she believes, after reviewing or hearing all of the relevant facts, what is in the Best Interests of the child in determining which party will get custody. The Judge may Order a Court Ordered Investigation where a Caseworker will visit the homes of both parents and write a report for the Judge. This report describes what the homes of the parents were like and records responses to questions answered by the parents and perhaps other individuals that may live in the home. If there are possible mental health issues involved the Court might order a forensic evaluation. Here both parties will be evaluated by a forensic psychologist, and this psychologist will provide a report to the Court as well. Finally, in a case where the child is able to express herself, the Court may appoint an Attorney for the Child (AFC) to represent the child in a Custody proceeding. The AFC’s job is to tell the Court what the child wants. Older children’s opinions in Custody cases are taken very seriously.
Thus, with so many variables, the outcome of a Custody case may be hard to predict. Even though you think you may love your child more than the other parent this does not mean you are going to get Custody. You should, however, file for Custody with a New York child custody attorney when you and the other parent cannot agree on what’s best for the child, or when you believe your children are being harmed or in danger of being harmed by the other parent. Finally, a custody or visitation petition can be filed when you want to find out what your rights are or at least get an official document from the Court establishing your rights.